Kilt and Jacks foundation is based around the Kilt and it is our moral duty to keep talking about the kilt. Therefore, In order to pay our tribute to Kilt, we have decided to share the utmost information guide on kilts which we are calling, “The KILT“.

I will be discussing the origin, history, and modernization of Kilts and how are we playing our small role in that. So let’s start talking about, ‘The Kilt’.

So let’s talk about the secrets about kilt first before talking about anything else;

1- The word ‘Kilt’ is derived from the ancient Norse word, kjilt, meaning ‘pleated’, which means a fabric that is tucked up and around the body.

2- There is a deep cultural history of kilts that connect it to Scotland. Most of the kilts are the symbol of patriotism in Scotland.

3- The kilts were first mentioned in 1538 and they were worn by Scots Highlander men. They used to wear it as a full-length garment.

4- The knee-length kilt that is worn today’s time were not available till early 18th century.

6- There was a time when belted plaids become very popular among highland men which are now called as Great kilt. In Gaelic, it was called, breacan-an-feileadh or a tartan wrap.

7- Great kilt was for men that were also a female version of it which is called arisaid, which is down to the ankles. Earlier, arisaid was made from white tartan cloth with a wide-spaced pattern.

8- There was a time in the late 17th century when a small kilt or phillabeg was first worn and it was the bottom half of the kilt, which is gathered into folds and then belted at the waist. It used to fall just above the knee. People used to wear a separate cloth over the shoulder for protection and warmth.

9- In 1746, King George II imposed a Dress Act 1746 which was basically introduced to repress highland culture. Due to this Act, it was illegal for highland regiments to wear any kind of highland dress including a tartan kilt. The opponents of King George II wanted to replace him using Jacobite armies and due to this panic, he decided to impose a Dress Act on people. In this way, he could know who was supporting Jacobite and could eliminate them. However, his action had the opposite reaction and people started wearing it as a romantic fashion statement. And some people start wearing it as a protest against this oppression. Later in 1782, the ban was lifted, we know it is stupid to have such a ban that lasted for 36 years.

10- After the ban was lifted, the kilt became an enduring symbol of Scottish identity. Tartan started representing different clans, families, and regions.

11- In modern times, there are around 3,500 specific tartan family plaids. The tartan takes around 20 – 25 hours to make and most of them are handmade. The beauty of tartan is that it is unbroken. Usually, they have 29 pleats and most of them are made up of 8 yards of fabric (some prefer light kilts).

12- Usually, a kilt is accompanied by a sporran which is also called a kilt pouch that is worn around the waist over a kilt. There are different styles and types of sporrans including; leather day sporran, Semi Dress Sporran, and Full Dress Sporran.

13- People also wear a kilt pin that holds the two pieces together and also a Sgian dubh (skee-an doo) which is a small dagger that sits in your sock.

The secret of Wearing a Kilt [VIDEO]

Q. What do men Wear underneath their Kilt?

A. A question that has been prevailing for many years and we are going to answer it for you based on our survey: of course, we didn’t check it by ourselves.

55% of kilt-wearing men say that they wear dark underwear, 38% go commando, and 7% wear shorts or tights.

Q. What do Women think of Men wearing kilts?

A. There are many women who are big fans of men wearing kilts. Women find men attractive wearing kilts as they are kind of bold.

Q. How much a Typical kilt cost?

A. On Kilt and Jacks, it cost you from $49 to $350 depending on the kilt you are ordering and customization you want. However, from basic to top, all our kilts are purely made to measure and premium quality.

Q. Where should a kilt sit on your body?

A. Normally, it should sit two fingers above your belly button.

Q. Where should a kilt fall on your leg?

A. It should fall on the center of your knee.

A. Yes, there is a strong kilt community who wears the kilt with proud.

Q. What is the difference between a tartan and a plaid?

A. Tartan basically represents a family and it is registered. A tartan usually has some sort of history. And plaid does not have any feature of that sort. You can read more about it here.

So this was our guide on ‘The Kilt’ and I am sure it must have been very helpful for you and you must have gathered some amazing facts about kilts from here. Don’t forget to share your stories with us in the comments section.

What is a Tactical Kilt?

If you are a person who likes to wear kilt in... read more 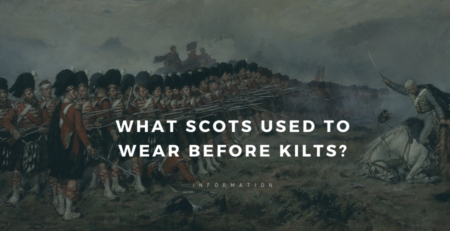 What Scots used to wear Before Kilts?

We all have seen highlanders and traditional Scottish people wearing kilts.... read more 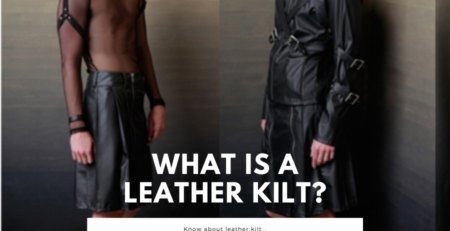 What is a Leather Kilt?

Modern-Day kilts are the kilts that most of the people out... read more 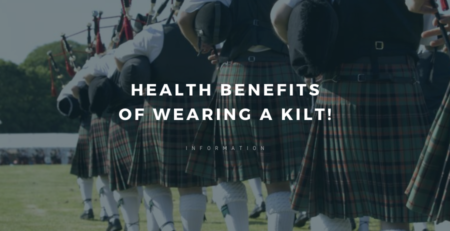 Wearing a Kilt Has Health Benefits

As there is an evident rise in the popularity of modern... read more 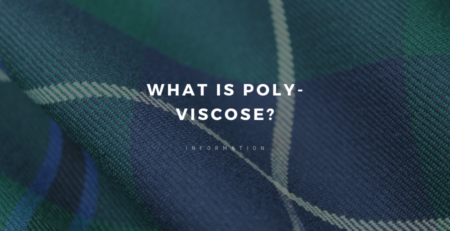 Everything you need to know about Poly Viscose Fabric

There most of our customers do not want to wear kilts... read more 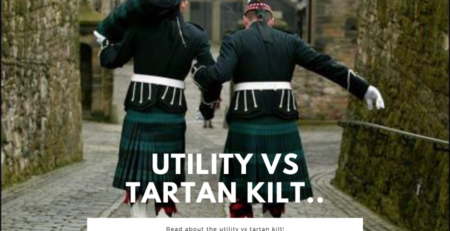 Are you remain confused between Tartan Kilts and Utility Kilts and... read more