Tartan Vs Plaid – What’s the difference!

There are lots of people who are confused between tartan and plaid, even Scottish people are not really aware with the real difference. Therefore, I am writing a small blog post with you guys where I will be clarifying all the confusion related to tartan and plaid.

There is a common saying to clarify the difference which goes something like this: “All tartans are plaids, but not all plaids are tartans.” It may be a bit vague for most of you so let’s clarify it for you.

Let’s first talk about both Tartan and Plaid individually.

What is a Plaid actually?

Basically, a plaid is a long cloth that is made up of wool and worn over the shoulder. An interlocking woven pattern of colored stripes is tartan and the material itself is plaid. The word plaid is derived from the word “Plaide” which is used to describe the garment preceding the modern men’s kilt. Earlier, it was used to refer to any blanket-type material. It also said that the word plaid came from Gaelic “plaide” which actually means a blanket.

What is a tartan?

Tartan is a checked pattern that has stripes that meet at a 90-degrees angle with vertical strips being an exact duplicate of horizontal stripes. The pattern is basically made from tartan. Usually, the size, color, and pattern may differ in a plaid, and the stripes are also not the same in both directions.

If you are a fan of Outlanders then you must be very well aware of the Battle of Culloden of 1746. The whole rebellion ends and follows with a bloody war in the highlands. It was a battle between Charles Edward Stuart who is also known as the Bonnie Prince Charlie and his Jacobite forces of Highlanders, and Duke of Cumberland’s Government. According to Scottish History, the Jacobite army’s regiment was representing a clan and uniformed in their tartan.

In the war, wearing special tartan actually helped them to recognize their own regiments.

However, after the Culloden, where the Duke’s army won the battle then the Government passed “The Disarming Act” in order to dismantle the Clan System. In that law, wearing a tartan became a punishable offense. It was applicable on common highlander men; whereas, elite class gentlemen, any women, and Highlanders in a Government regiment received an exemption.

Origin of a Tartan

Do the colors in tartan have any meaning?

Usually, the color in the tartan came from the dyes available to the weaver and the shades came from local flora and fauna. The coastal areas were more greens; whereas, the inlands were more of browns, oranges, and yellows which was represented in their tartans. However, there were some wealthy weavers who used to import exotic dyes from madder, cochineal, woad, and indigo.

As per the Historic UK: “tartan weavers used to get agonized over the pattern of tartans by simply identifying each thread color on to a wood piece which is known as a “maide dalbh”, or a pattern stick.

In 1822, King George IV had a meeting with the highland Chiefs and then Sir Scott asked each chief to wear the tartan representing their clan in all the events. There were few chiefs who refused to wear it; however, overall it was a huge success. There were families who redesigned their tartans and those who didn’t have the tartans got one for their-self.

Queen Victoria and Prince Albert loved the Balmoral, the royal palace, in Deeside in Scotland. They both used to adore everything about the highlanders. Prince Albert even designed the Balmoral tartan which was the main decoration piece for all of their rooms.

There are various Scottish tartans that keep on adding to the list. Most of them represent any clan or family and some are the universal tartans. We have a huge collection of great tartans

The definition of tartan has changed over the years. It is a Scottish plaid which is traditionally woven from wool and that’s the cloth which is called a tartan. Earlier, it was a culture to weave in stripes of various colors using natural dyes. When it was done in both directions then it produces a checked pattern.

Each locality had its own design and pattern where some tartans were reflecting local plant-life for dyes. The whole process made the tartan. Moreover, the formal system associating these tartans with clans came in the nineteenth century and that is what we still think of tartans.

So this was my detailed discussion on Tartan Vs Plaid and I am sure you must have got a clear idea about the tartans and plaids. If you have any of your views to share then feel free to share them in the comment box. We will be more than happy to take your suggestion. 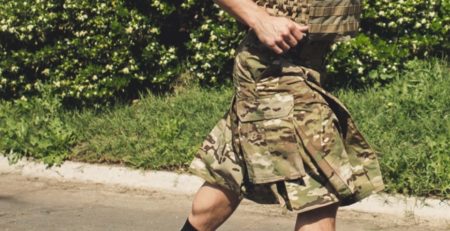 Looking forward for the tips to buy a Quality Tactical kilt? If... read more 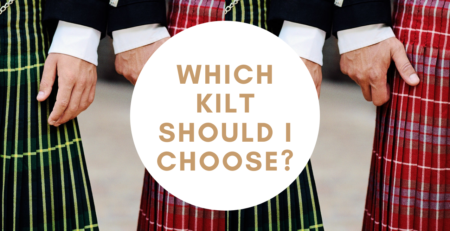 Which Kilt is Best for you?

This is the most common question asked by many of the... read more